Episode 381: The Whole Equals the Sum of the Parts with Linda Battles - Contributed by Advance 360 Education 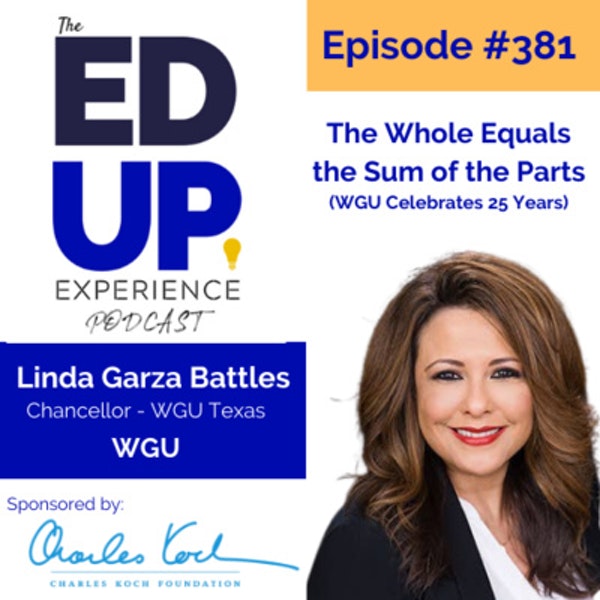 However, Battles’ experience in higher education began well before she arrived at WGU Texas, having spent many years working for the Texas House of Representatives & Texas Higher Education Coordinating Board, where she grew a passion for promoting policies & legislation aimed at expanding access & affordability to underserved student populations throughout Texas.

In this episode of The EdUp Experience Podcast, host Joe Salustio sits down for a candid conversation with WGU Texas Regional Vice President & Chancellor Linda Battles. During the episode, Joe & Dr. Battles discuss a wide range of topics, including her journey as a Latina in higher education, how her experiences have allowed her to relate to the challenges facing today’s college students, what she learned about higher education from her time in the legislature & what the future of higher education.

Born & raised in Texas, Battles has spent her entire professional career helping to transform people’s lives through the power of a college education. As a former Latina college student, her own experiences & struggles ultimately helped shape her passion for helping underserved students achieve a college education.

It was at the University of Texas at Austin (UT-Austin) that Battles first experienced the world of higher education. Having graduated in the top 10% of her high school class, she entered her first year feeling confident about the prospects of academic success as a freshman. However, like many other first-year college students across the country, the transition from high school to college proved more challenging than she had anticipated.

When Battles transferred to the University of Texas, El Paso (UTEP), she was determined to return to UT Austin, & she achieved that goal. However, finances were the source of her troubles this time at UT Austin. Nevertheless, she wasn’t determined to overcome the financial barrier.  While Battles borrowed student loans to help ease her financial needs, she also worked full-time while in college.

“It takes you a true appreciation of what it's like to be a working student and I made it through.”

As a former student from an underserved population, Battles believes much more can be done to eliminate barriers preventing underserved student populations from realizing their dreams of a college education. In her conversation with EdUp Experience podcast host Joe Sallustio, the WGU Texas Chancellor goes into greater detail about what she believes to be the greatest barriers to entry for this population.

A Passion & Purpose in Higher Education

“My entire career in higher education has been student-focused & joining WGU will allow me to continue my passion for helping students achieve their goals of post-secondary education. I also look forward to helping WGU develop & nurture strategic partnerships & policies to support the university’s goals.”

Under Battle’s leadership, WGU Texas’ in-state enrollment has surpassed 14,000, with students representing 233 of 254 counties in the state.

And while in-state enrollment figures have grown, she believes there’s much more work to be done. Battles points out, “We have had a huge impact, but not big enough because when you look at the statewide data as compiled by the THECB, we have seen a significant decrease in the number of students who are enrolling straight out of high school.” Additionally, in the wake of the pandemic, WGU Texas has experienced a decline in Hispanic enrollment, in contrast to Hispanic enrollment growth prior to the pandemic. It’s a trend she is acutely aware of & determined to see reversed as leader of the university.

While she’s proud of what WGU Texas has accomplished under her brief tenure, she knows there’s more work to be done in terms of working to increase access & affordability for underserved student populations. She says,

“We need to deliver higher education in different ways to serve students where they're at and provide them with that flexibility and affordability to opportunities so that they can get into the workforce, upskill, or reskill. So, I feel like we are really working together in the state of Texas to address these needs and I'm excited about what the future holds.”

In general, WGU has a model that offers higher education in one of the most flexible & accessible ways in the country. It’s important to be looking at how the pandemic has shifted people’s circumstances & priorities and how this model can still be helpful to those that have been most affected. Battles explains that Hispanic enrollment has been on the decline since the pandemic where it was growing in the years before. We know there are different cultural & familial circumstances within the Hispanic population & agree with Battles that WGU-Texas needs to make them a priority in offering additional resources or revising their model to accommodate these current & prospective students.

It seems Texas and their partnership with WGU is setting an example for other states with similar partnerships. But it can also be a model for all institutions considering how to meet the Hispanic student population where they currently are in life.

Episode 381: The Whole Equals the Sum of the Parts

Feel free to share this article & associated podcast episode with your colleagues in the higher education community. 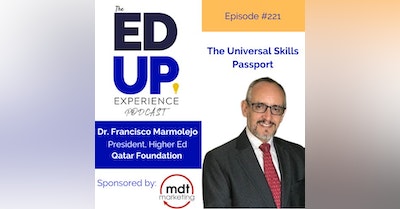 In this episode of The EdUp Experience Podcast, Dr. Francisco Marmolejo joins EdUp to discuss what makes the Qatar Foundation such a unique and forward-t… 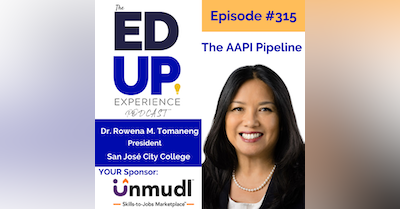