117: Trade Programs and the Future! With Mike Rounds, President of Williamson College of the Trades 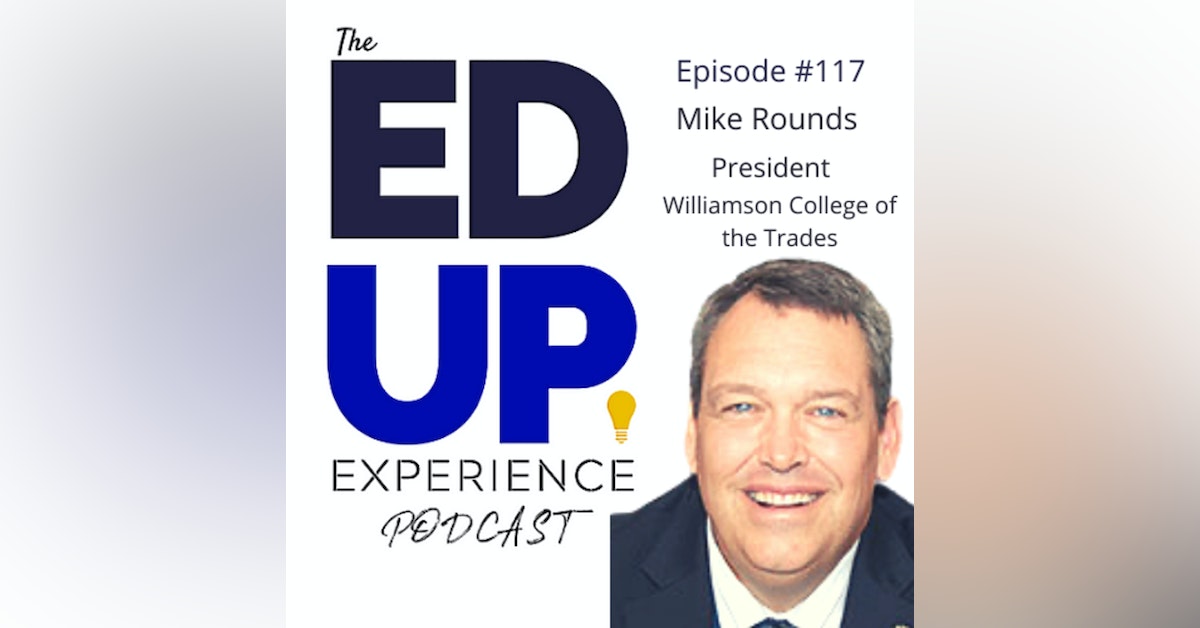 This is The EdUp Experience President Series Episode #38 - In this episode of The EdUp Experience, we talk with Mike Rounds, President of Williamson College of the Trades.  At Williamson, young men looking to positively interrupt their circumstances find a unique school with a model that enhances both academic trade and life skills through a strict schedule and military-like culture.  The result?  A model of education that seems "old" is now on the cutting edge.  Williamson covers 100% of the student's expenses with the priority of admission going to the young men most in need.  A 3-year Associate Degree helps these young men prepare for the future!

It was a true honor to learn about Williamson and talk with Mike, who spent 25 years in the U.S. Army.  Mike, we salute you!  Michael J. Rounds, a former U.S. Army Lieutenant Colonel, West Point Assistant Professor, and Deputy Commandant of the United States Military Academy Preparatory School, became the 13th president of Williamson College of the Trades on July 1, 2013.  President Rounds graduated from the United States Military Academy in 1988 where he majored in Aerospace Engineering and played football for Army, earning two varsity letters. He received his commission as a Second Lieutenant in the Army Corps of Engineers.

This episode is brought to you by MDT Marketing!

Thanks so much for tuning in.  Join us again next time for another episode!  Contact Us!

● If you want to get involved, leave us a comment or rate us!

● Join the EdUp community at The EdUp Experience!

We make education your business!